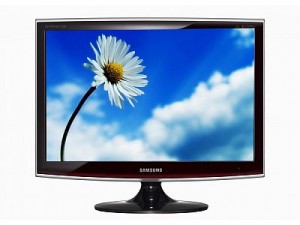 LCD Panel is generally sandwiched between “Rear” and “Top” polarizer’s.

Polarizer main function is to improve the color and obviously making it possible to see the screens of LCD’s.So if we remove polarizer’s from LCD’s then undoubtedly it would be impossible to identify the letters or graphics and everything.

Liquid Crystal Display module shown in above figure is made up of “2 layers”. It contains a layer of “LC(Liquid Crystal) Material”. LC material is one through which Light passes, supplied by the Back light.

And White light from the back light place 2nd from the bottom in figure passes through the LCD panel which generally operates passage of light to form the Images projected on to the Mail Front of the LCD panel screen.

LCD’s are classified in to Two Categories. They are namely

i).This kind of Field Effect Display contains “Front” and “Back” polarizer’s at right angles to each other.

ii).So these are placed 90° to each other

iii).Without electrical excitation, the light come through the “Front” polarizer is generally revolved 90° in the fluid

ii).Inside faces of the Glass had a transparent conductive coating which is show GREEN in color in below figure

Kindly see and check the below Figure, while reading below instructions to understand its working very easily

1).Before understanding the Working Principle, one need to go through the parts which are available in the following figure

2).As a first process, generally the filter will naturally be polarized as the light strikes this Filter (B) at the beginning

3).So as shown in the figure, the light passes through each layer

4).Then it is guided on to the Next layer with the help of molecules (we have got an Idea regarding molecules as we discussed regarding them in Kinds of LCDs)

5).Obviously molecules tend to change the “Plane of Vibration of the Light” so as to match their its own angle

i).When an electric current (voltage) is applied to molecules, they generally tend to Untwist

ii).So this basically causes a change in the light angle which passes through them

iii).Ultimately, there will be a change takes place in the angle of the top polarizing filter w.r.t it

iv).Then little light is allowed to pass through the area of LCD, then resulting the affected area becomes darker

7).When this light reaches the longer side (far side) of the LC substance, obviously it vibrates with the same angle similar to the final layer of molecules.

8).It may be noted that, the light is only allowed an entrance if the Second glass filter (polarized) matches with the final layer

9).Then finally the same image come from LC Layer would be resulting on the “Displayed Image” which will be appeared finally on the Screen

i).LCD’s consume very low power typically of the order of “Micro watts” for the display

ii).So this low power consumption requirement has made it software designed for other types with MOS united logic circuit

As every coin has both (two) sides, similarly every prospect has both Advantages and Disadvantages

i).Very limited range of operational temperature (around 0 to 55°C)

ii).So LCD’s cannot be used in temperatures beyond around 55 °C

iii).Ability of performance may be low & also short utilizing life