Workstation and Graphics Monitor in Detail

i).The name itself giving some idea that, Monitor which is capable of displaying “Graphics”. Generally most of the Monitors support Text modes.

ii).So Monitors which are capable of showing and supporting Graphics mode along with the Text modes. 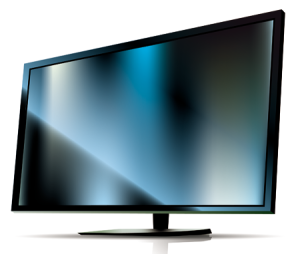 iii).Graphic monitors who can display pictures on its screen, of course it acts like an output device. The monitors which support the following Graphic applications are said to be Graphic Monitors.

The Graphics Applications include,

So by now, you might have got an Idea of what is Graphic Monitor Actually is??

i).Workstation is also a computer which varies generally with other General Computers

ii).Because these Workstations need good operating power of computer.They must be able to support high power i.e. it must sustain good graphic capabilities.

iii).These kind of computers  comes with the following specifications. Unlike normal general computers they consists of,

A).Minimum of 64 Megabytes of RAM

D).GUI Graphical User Interface (which helps programs easier to use of the Computer’s Graphics)

F).Built-in Network Support and many factors

iv).We may also notice that, some of the workstations do not have any disk drives in it. So these kind of disk drives are called as Diskless workstation.

v).Workstations took place of and they lie between Personal computer (General Computers) and minicomputers as far as Computing power is concerned.

vi).These can be used as both types such as stand system (which only consists of one) and Local area network. So basically in this LAN kind, workstations are typically connected together one and other.

The most generally used common operating systems  are,

Multimedia and its Uses / Applications