On 04/02/2014,Satya Nadella was appointed and announced as new Chief Executive Officer of MICROSOFT. Satya Nadella was born in 1967 year at Hyderabad,an Indian state of Andhra Pradesh. His maximum qualification is BS,MSCS,MBA and the current residence is at Bellevue,WA. Satya Nadella is interested in Poetry, Cricket very much. Satya Nadella’s priorities are mainly Mobile and Cloud domains. 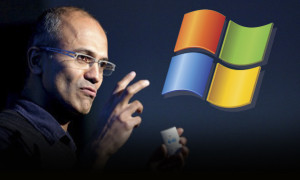 Being a Chief Executive Officer(CEO) :

On 04/02/2014, Satya Nadella was declared and announced as the third new Chief Executive Officer(CEO) of the MICROSOFT. Satya Nadella is very much interested and confidential at  Cloud’s domain, he was the head of the this domain and also an Enterprise group.These domains became most advantageous to Mr.Satya Nadella,since those domains play a very major and key role in revenue area of the Microsoft.

Satya Nadella has been known as Software Giant from the past 22 years, who is the head of the company’s enterprise and cloud profession.Mr.Satya Nadella was previously worked as the Vice president of Microsoft’s Advertising Platform Group and of the Microsoft Business Solutions and search. Satya Nadella’s part in as senior vice president of R&D department for mainly the Online Services Division, from period 2007 to 2011.Later on, before being named a Chief Executive Officer of MICROSOFT, Nadella was worked as the President of the both Tools and Server up to the month of February,2014.

→ M.S in the stream of Computer science, University of Wisconsin-Milwaukee

Strengths: His family,Curiosity,Hunger for Knowledge

Interests : Love to learn, get excited about new things,

Who is Satya Nadella ?

Satya Nadella is 46 years old,a Hunger for knowledge. His belief is that “If you are not learning new things, you stop doing useful and great things”.Satya Nadella said that “Our Industry does not respect tradition – it only respects innovation”.He thinks that as technology evolving highly, why should we take rest, we must also evolve with and ahead of the technology.

Satya Nadella aims to change the world through technology, innovation which empowers the people to do nice and amazing things.He said we have done it, and being a team of which will do it again and again. His only one sentence is that” Imagine the impossible things, then surely deliver the same “.He says that best work only happens when you know that, it is not a jus work, but it is something that will improve OTHER PEOPLE’S LIVES. This can only be the best opportunities which drives every one of use at the company.

Satya Nadella felt the day Feb 04th ,2014 was the delighted and humbling day. He went in to the remainders of his first joining day at Microsoft,22 years ago. He felt that, becoming Chief Executive Officer at Microsoft, is an Unbelievable honour and MICROSOFT gave me an Opportunity to serve the people by making magical things and to EMPOWER our valued people.

Why he wanted to join Microsoft ?

Microsoft’s Main strategy is high-value activities and through which empowering people helds on, best platform to Change the world. He said that “I know there was no better company to join other than MICROSOFT. Microsoft works on each and every micro things which inspired me a lot”. The thing which Satya Nadella personally likes in Microsoft is , Microsoft’s contribution to the World and the way it presents and gifts uniquely.

Satya Nadella said that to change the world, one must consider the three MAJOR and Important elements. They are Resources, Talent,perseverance. The same thing this Microsoft has already proven in abundance.

The major responsibility is to ensure that Microsoft thrives in a Mobile and Cloud-first world. Satya Nadella wanted to share some Background on himself and what and which inspires and motivates Mr.Satya Nadella. Satya Nadella said that” The opportunity ahead for Microsoft is vast, So we must centre and focus very clearly, move faster and continue to TRANSFORM.Satya Nadella is presently responsible for large invisible part of his Microsoft’s business.