1).On 10th June, 2014 Google confirmed the purchase of Satellite Firm Skybox Imaging for “500 Million” US Dollar

3).Obama appointed “Indian-American Shefali Duggal” as the member of the “US Holocaust Memorial Council” on 03rd June, 2014

7).”Sumitra Mahajan” was unanimously elected as the Speaker of the “16th Lok Sabha” 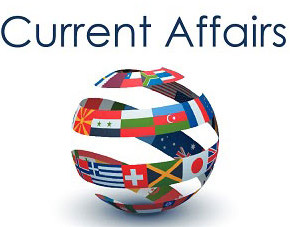 14).On 08th June, 2014 “Nara Chandrababu Naidu” was sworn-in as the first “Chief Minister (CM)” of ANDHRA PRADESH after Bifurcation

19).On 13th June, 2014 India became a member of select group of “17 Countries” who are “Permanent Signatories” of Washington Accord

20).Maharashtra Assembly approved the “BILL” to amend the “Dance Bar Prohibition Act”. The amendment has “Prohibited Dance Bars” across the state

22).RBI has directed banks to disclose sector-wise advances in the Notes to Accounts to the financial statements from the financial year “2014-15 Onwards”

34).”Ganguly” got place in Mudgal Committee

39).”International Day” against “Drug Abuse” and Illicit Trafficking was observed on “26th June, 2014”